PNUCC was originally formed in 1946 as a voluntary, informal organization of public and private utilities from Oregon, Washington, Idaho and Western Montana to assess regional power supply. Participants work together to compile expected demand for electricity and anticipated power supply for the next 20 years in the West Group Forecast and to support federal appropriations for power projects in the region.

In 1971 the direct service industries (DSIs) became members and working committees were established. A central staff was added in 1979. PNUCC provided a forum for the coordination of resource planning efforts and developed tools and methods for load and resource analyses.

In 1980, PNUCC became actively involved in planning efforts and in analysis and evaluation of proposed NW Power Planning Council and BPA programs and policy decisions. In January 1986, PNUCC was incorporated under Oregon law as a nonprofit corporation.

In the 1980s and early 1990s, PNUCC was a central and strong voice for the utility industry in the areas of river operations, salmon recovery as well as resource planning. By the end of 2013, the DSIs had all but closed in the region leaving a gap in the PNUCC membership. Consequently, membership was officially expanded to include other power industry partners with shared interests in achieving PNUCC’s purpose – broadening the breadth of interests, knowledge and expertise of the organization.

Today, our purpose is to support the region’s electric utility industry by providing our member organizations, decision makers, and others, analyses, information and educational materials addressing the supply, demand, costs, environmental effects, and reliability of electric power supply in the Pacific Northwest. 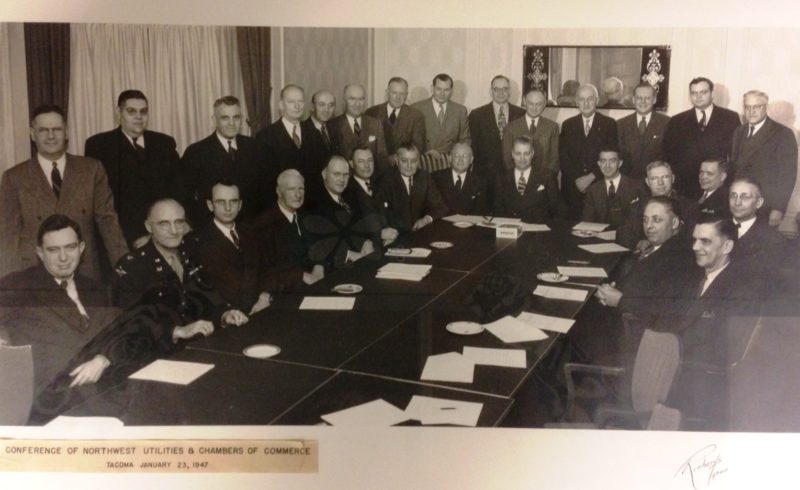 The first formal gathering on January 23, 1947 was known as the Tacoma Conference. Participants included Northwest utility leaders, the Bonneville Power Administrator, leaders of the US Corps of Engineers, and cities’ chambers of commerce.